We are thrilled to announce the cast of our magical Christmas pantomime, Aladdin.

The wonderful Julian Eardley returns as Widow Twankey (his 12th year as Winchester’s Dame!), his comic sidekick Ed Thorpe as Wishee Washee; and the incredibly talented Libby Gore returns in the title role of Aladdin.  This much loved trio performed in last year’s Four Dames in Search of Panto and Dick Whittington in 2019.

Joining these panto favourites are Ben Tolley as Abanzar; Michaela Bennetts-Higgins as Spirit of the Ring; Rikki Chamberlain as the Genie and Policeman; and Rosie Coles as Princess Jasmine.

Rosie has previously played Sapphire in Billionaire Boy in the West End and UK Tour, Fairy Bow Bells in Dick Whittington at Buxton Opera House and Nell in Nell Gwynn at The Courtyard Hereford.

Michaela’s career has seen her performing in Saucy Jack and The Space Vixens in London’s West End to five star resorts in glorious locations like Sardinia and Ben Tolley has appeared at theatres across the country including Salisbury Playhouse, Tobacco Factory and Stephen Joseph Theatre – but this is his first time playing a wizard!

Rikki’s career has crossed TV, Film and Theatre from the UK tour of Flashdance to The Comedy of Errors with the Guildford Shakespeare Company!

Aladdin will once again be produced by the same creative team behind the last few pantomimes here at the theatre: writer, lyricist and director James Barry and composer Simon Slater. This successful partnership was nominated for their original musical score for Beauty and the Beast in the Great British Pantomime Award’s Musical Achievement Award. James Barry was also nominated for Best Script in the Great British Pantomime Awards for his script of Dick Whittington.

Aladdin is a timeless rags to riches tale. With original songs, a great cast and hilarious script this ‘genie-us’ panto is suitable for all the family.  Aladdin is kindly supported by The Brooks Shopping. 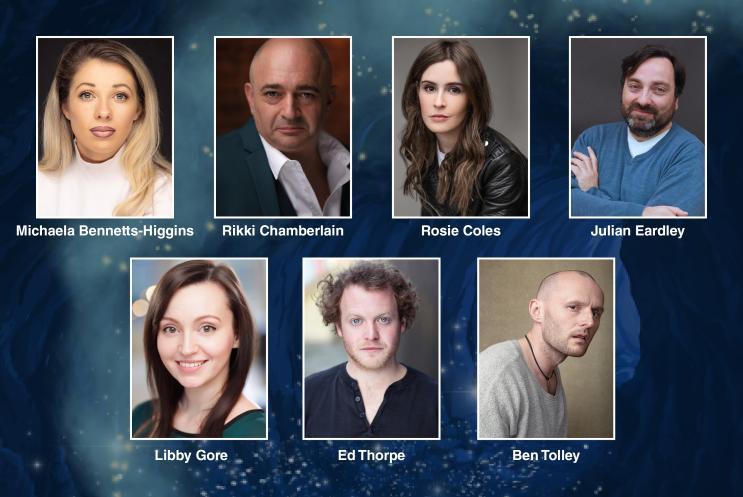